Has anyone had experience with using 3D printed composite jacks? How did you obtain (print?) them? How did they work? Speculation on long-term issues?

Have you heard of any other parts to which 3D printing is being applied?

I have no experience 3D printing jacks, as I see no need for it. But it’s an interesting topic. 3D printing has come a long way since the early days where people just used PLA to make pink novelty chess pieces. As an industrial process it has come fully of age. For example, the aircract engine for the Cessna Denali makes entensive use of 3D parts - and imagine the temperature and stresses involved.

Next-Generation Cessna Denali Plane Will Have A GE Catalyst 3D-Printed...

Learn the story of the Cessna Denali propellor plane with a GE Catalyst 3D-printed turboprop engine, bringing the comforts of a private jet at an entry level price.

The point is that you can now print with a wide variety of enginerering materials of great strength and stability, even carbon fibre, and also, a type of composite wood even.

But why? The stability of pear and other fruit woods has been proven over centuries, and they are not hard to make to a high tolerance, and from an enginererng point of view, cheaper to manufacture! 3D printed jacks would sitll have to have tongues and axles assembled. (Please do not let us go back to integral tongue assemblies like Hubbard).

This starts to sound to me like getting back to the bad old days of Delrin jacks. We used to make them, but over quite short times such as twenty years they shrink and warp, and so on. That time has passed.

There may be something to be said for carbon fibre printed tongues, as these are fiddly to make from holly and are prone to splitting if you dont get the mortise right.

As for other 3D parts for harpsichords, I can’t think of anything else at all!

I do have an interest in 3D printing and I commend this website to all: 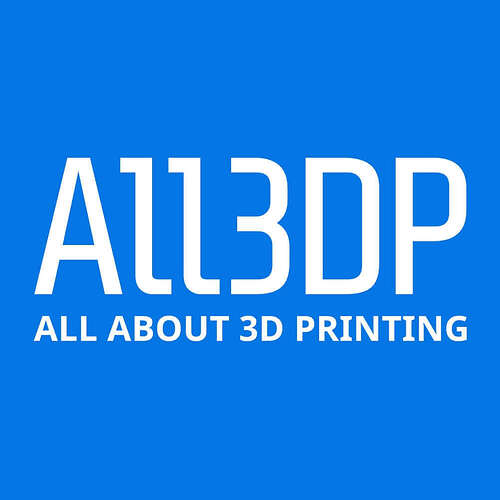 All3DP is the #1 magazine for the digital maker, with compelling content on 3D printing, 3D scanning, CAD, laser cutting/engraving, CNC, SBCs, and more.

While off-topic, I have an interest in flutes and ITM and I can say that there is very good progress being made with 3D printed simple system flutes going on. 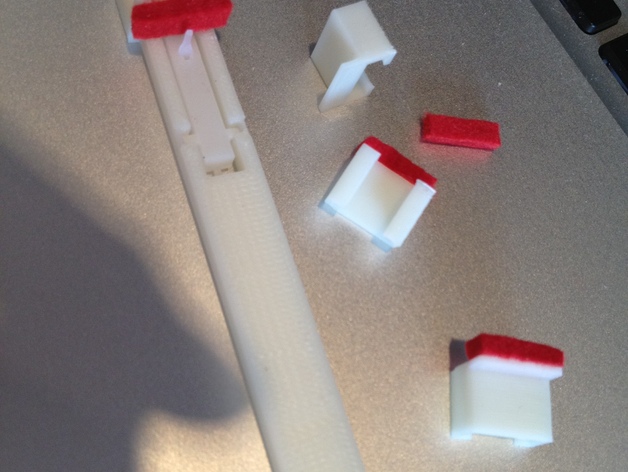 Replacement jacks for a 1970 Goble harpsichord by Cassan

These things replace the jacks in Goble harpsichords (1970 model). Being plastic, and made over 40 years ago, they may have become brittle or broken, and are otherwise irreplaceable these days. Mine had! 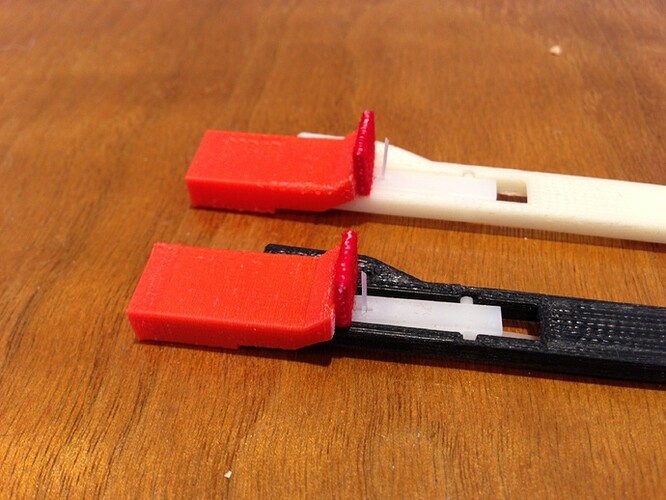 Replacement jacks for Early Music Shop Harpsichord from 1976 by Cassan

I have restored another harpsichord! It was made in 1976, then recently given to me by the owner because it wasn't playable any more. I've made 3D printed jacks to replace the old wooden ones, and damper holders for the 4 foot stop. It now plays...

Make of these what you will.

It seemed a good idea…

From the author’s reply to one commentat the youtube video:

Unfortunately, I have not added all the new jacks yet. Some problems I ran into was that each existing jack was a slightly different size (they were all homemade and numbered to match each slot). This meant I would have needed to adjust each 3D print to match the slots (they were either too tight, or too loose). The four I made for the video seemed to work, but I noticed that some strings had a higher tension, which caused some new jacks to stick up due to the light weight of the plastic. This was only an experiment to see if I could get something better than I had, but I think I need to return to the drawing board. Thanks for watching!