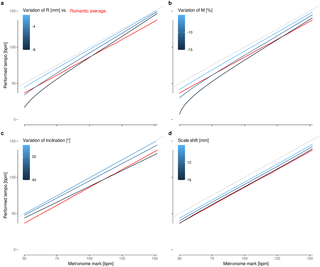 During most part of Western classical music history, tempo, the speed of music, was not specified, for it was considered obvious from musical context. Only in 1815, Maelzel patented the metronome. Beethoven immediately embraced it, so much as to add...

They spend a lot of time on data showing that conductors take the symphonies about 20% slower than Beethoven’ s marks would indicate, which is kind of common knowledge anyway. That part isn’t interesting.

Then they discuss the mechanics of Beethoven’s metronome and can’t come up with any way that the thing could run consistently slow. That’s pretty interesting, since it rules out a common explanation.

Then they come up with the elegant idea that Beethoven might have been reading his metronome wrong. If he was reading the tempo marking at the bottom of the weight rather than the top, that would give about the required differential.

The clincher - at least until someone comes up with a better explanation - is Beethoven’s marking on the first page of the 9th symphony: 108 oder 120 Maelzel

If you put the weight so that it reads 108 at the top, it reads 120 at the bottom, which seems to indicate that Beethoven was unsure how to read the thing. That tempo marking doesn’t make any sense otherwise.

I can’t believe that nobody thought of this before. It’s extremely elegant.

That’s a most interesting article Stuart! The Maelzel device obviously did not come with a PDF user manual in 6 languages or a warranty card.

In fact, all joking aside, the authors make the same point:

“The most probable hypothesis is that Beethoven or his assistant misread the device, which should not be taken as a foolish mistake, but as a symptom of a design that had yet to be perfected, and that still lacked the cultural context to support its new users.”

Regarding the ‘108 oder 120 Maelzel’ mark, all of Beethoven’s other documented metronome makings (principally those recorded in 1826) are single values, not alternatives or ranges.
How likely is it that Beethoven, several years after having been introduced to the metronome by Maelzel himself, was still in doubt as to how to read the calibrated rod (at the upper or lower edge of the weight) or, if he actually referred to the instrument in this instance, was momentarily discombobulated by it?

The circumstances of his making this annotation – unlike those of the performance information eventually sent to the Philharmonic Society in London in 1827 – are unknown, but is it not more likely that, at the moment of making it, he was simply undecided about the preferred pulse?

In modern times, virtually all conductors regarded Beethoven’s metronome markings for the 9th as ridiculous, especially for the Adagio molto e cantabile, so it was customarily played very slow, to the desperation of wind instrument players who found quite a challenge with those long sways without a breath. Then Norrington decades ago decided to record the Adagio (in one of the earliest recordings with period instruments) following exactly Beethoven’s metronome. It many not be “molto”, but I have the recording and since the very first time I heard it I thought how remarkably this fast tempo sounds very natural indeed. Norrington’s CD booklet notes are worth reading.

There is apparently an alternative view: that Beethoven intended his music to be played at half the speed we are used to. See here

The same person, Wim Winters, is advertising a recording on clavichord of Pachelbel’s Hexachodrum

All nice and controversial from many perspectives to warm us up on a winter’s day in the northern hemisphere!

A propos Beethoven’s 9th
This is extremely refreshing ! (sorry, in wintertime): 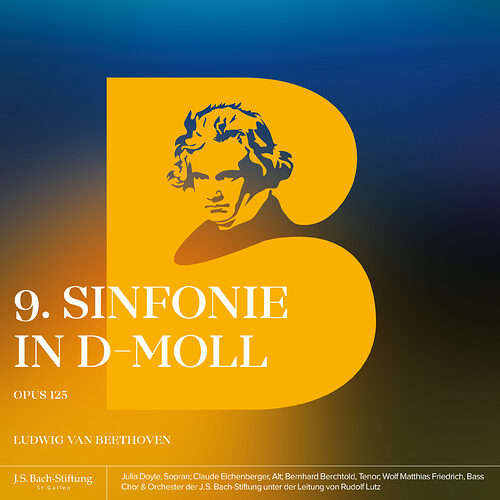 By the way, happy new year !
with dearest Scarlatti (no metronome markings…

Hi Martin,
Thanks for your pastoral Scarlatti & images- 5 minutes of delight on a rainy and grey (in Galway) January day.
Michael S