Does anyone know where I could find a score to Bull’s Goodnight (MB 143) by John Bull other than the very very expensive Musica Brittanica edition? I can’t seem to find it ANYWHERE

If you feel up to reading the original manuscript, it is piece 22 in the BNF Rés 1185 available to downland here:

Thanks a bunch, Matthew.

Our State Library here in Melbourne has the full MB set. I’ll scan it for you. Pretty sure that does not violate copyright, just one piece.

The Cosyn MS in general sure is hard to read, lots of blurred ink and so on. [Have not checked that piece.]

I always wondered what the title means. A lullabye perhaps?

I like this piece and, since I’ve been looking a facsimiles recently, I decided to try transcribing it. Portions of it are easy, but some measures are indeed very blurry and there is a lot of showthrough (it seems to me) from the other side of the sheet.

I scanned the MB Vol 16, 1963 edition version. Since I am reluctant to post it here in case it is seen as ‘publishing’ a copyright work (one cannot be too careful nowadays), anybody who would like a copy, just PM (personal message) me. 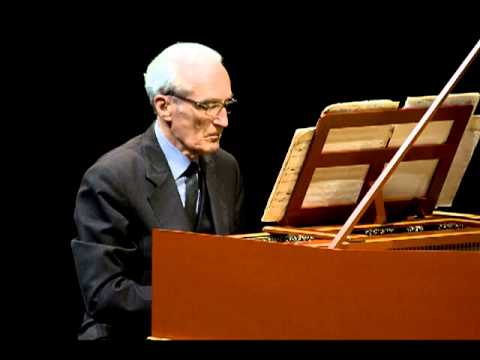 I finished transcribing this piece from the original MS — fun project although occasionally ‎frustrating, but I got just about everything right in the end. However, I am not familiar with ‎exactly what the notation ‘3 1’ at the beginning of the 8th variation means (see screen shot). It’s obviously a time ‎signature change involving triple meter (or triplets?). The Musica Britannica version switches ‎to 6/4 at this point, which involves some significant changes to note values. (I’m not saying ‎that’s wrong; I just want to understand exactly what ‘3 1’ meant in the 16th century.)‎

Well . . . I tried uploading a screen shot as I have (successfully) in the past, but I got a message that “the bucket does not allow ACLs.”

However, I am not familiar with ‎exactly what the notation ‘3 1’ at the beginning of the 8th variation means

Here’s the text of the editorial note in the MB 1963 Edition:

Pretty cryptic to me, but there you have it. Later MB editions may be more expansive.

However, I am not familiar with ‎exactly what the notation ‘3 1’ at the beginning of the 8th variation means

Here’s the text of the editorial note in the MB 1963 Edition:

Pretty cryptic to me, but there you have it. Later MB editions may be more expansive.

31, a proportion sign, indicates proportio tripla: notes following the sign have one third of the duration of those preceding it.

The final part of the note cryptically records editorial emendation of the pitch of a particular note.

The publisher’s online INFORMATION SHEET for this Musica Britannica volume, ASK 12 (1), indicates that they can supply authorised copies of most of the pieces included, but an asterisk in the table of contents for some reason excepts Bull’s midnight from this arrangement.

31, a proportion sign, indicates proportio tripla: notes following the sign have one third of the duration of those preceding it.

Thanks for the clarification. I came to this conclusion while studying the music in the last two ‎variations, but it’s good to know I am on the right track. Using 6/4 as MB does works well ‎enough. The one thing I’m not sure about is why some passages in the tenor that have two ‎quarters in the MS get transcribed as quarter-half (61–62) and others as half-quarter (69–70). ‎Looking at the original I guess that this is due to the horizontal spacing. For instance, in m. 69 ‎the quarter g is closely followed by a d, with more space after the d, and likewise with the e and ‎a in the next measure. Is that right?‎

The indication “3 1” combined with a switch to black or sometimes red notation (called “color” in older mensural notation, always black by the 16th-17th c.) definitely signifies a shift to triple time. In Thurston Dart’s transcription, each white minim/half note corresponds to three of the new (black-notation) crotchets/quarter notes, and this seems to be the only reasonable interpretation here. Unlike you, though, I haven’t looked at the manuscript Bu (= Paris Conservatoire Rés 1185)- is it available online? There is a blurry facsimile of Bull’s Goodnight, variations 1-3 in vol.2 MB XIX, p. xxii.

I don’t know if Dart says anything about his procedure for assigning the note values in measures 61-2 and 69-70, but I’m sure you are right that he based them on the note spacing. I recollect that the oldest practice in mensural notation (assumed to be the default in the 13th-15th centuries) was to put the shorter note (here the quarter-note) first, but that is hardly still relevant for 17th-century usage, except where people reverted to authority if there was a dispute.

The cryptic comment “66.s.11: E” means that in measure 66, the eleventh note in the soprano part is E and not the g which is T. Dart’s emendation. The cryptic abbreviations are only explained in tiny print in vol.2, p.226, and in slightly less tiny print vol.1 MB XIV, p.160.

I am sure the edition was painstakingly proof-read, but such critical apparatuses are of course very prone to misprints, so it is good to check against the MS as you have done.
Michael

The one thing I’m not sure about is why some passages in the tenor that have two ‎quarters in the MS get transcribed as quarter-half (61–62) and others as half-quarter (69–70). ‎Looking at the original I guess that this is due to the horizontal spacing.

I seriously doubt that the horizontal spacing of the notes has anything to do with their rhythmic interpretation. It is more likely to be due to the application of one of the old rules that were used in vocal music in the time of so-called mensuration, vestiges of which were still used by some as late as 1600. The only one that comes to mind is similis ante similem perfecta est, but I dont think it is that in this case. Black (coloured) notation is another possibility; but without seeing the original from which the edition was made, I would not like to speculate further. Has somebody got a copy of a facsimile of the original?

I seem to recall that Dart’s editions, like those of Apel, often diminished note values from the originals, which to my mind muddies the waters unnecessarily

I had not encountered this system before, so thank you; it makes sense out of the passages about which I had concerns (and which are all in the LH). I cannot see any ‘5’ in measure 35 of the original (a lot of show-through from the other side, but still . . . ) Thanks also for explaining the meaning of the comment in the apparatus. But the final note of that measure looks clearly like an e in the original, so I’m not sure what’s going on there.

For those who asked: Matthew pointed out earlier in this thread that the original is available here.

but without seeing the original from which the edition was made, I would not like to speculate further.

As soon as attachments operate again, I will post screen shots of the original and Dart’s transcription.

Thanks for resending the link to the MS, which is indeed quite hard to read in places. Regarding the allocation of long and short notes in (eg) measures 61-2 and 69-70, it looks as if the convention applied is that of black (triple-time) notation as used in virginal MSS. This removes an ambiguity present in some older notations, by distinguishing between stemmed and stemless black notes; so it becomes quite clear whether the rhythm is long-short (2:1) or short-long (1:2).

It can be hard to see when notes are stemless, when a ghost stem is shining through from the other side of the page.

Some pieces in the FVB (Tallis) also use black notation and it is described briefly there in the Maitland introduction (vol. 1 I think), a text which many readers will have easy access to.

Thanks for the renewed link, David. I personally find the ms readable.

Yes, black notation. This actually survived until 1699 in Krieger’s Clavierunung (printed), so there must have been a compelling reason to employ it for the avoidance of ambiguity; but it certainly reflects a rather old-fashioned (not to say stick in the mud) mentailty at that time! I dont think I have seen it any later.

If anyone is interested, my transcription of this piece is now on IMSLP. It has only a very few minor differences from the Musica Britannica version, but may be easier to play from due to more generous layout. It also reproduces the beaming and stemming of notes as in the manuscript.

Congratulations on your excellent edition- your textual comments and corrections to the MB edition in measures 1, 23, 57 justify playing from your ed. rather than from the MB edition.
I have the feeling I don’t understand your comments on measures 63 and 66 though, as these passages seem to me to be unproblematic in the MS and the MB edition, respectively (my MB copy is dated 1970 in case that’s relevant).

In your introduction I might (just to be nit-picking) refer to “pages” rather than “sheets” 100-104 of the MS, because “sheet” suggests a two-sided leaf rather than a page number. And in the music ed. I wonder if you could fit variations 8 & 9 onto one page?

I can’t comment on your skills where Lilypond note-setting is concerned except to wish I had them - but I appreciate the work in reading the acidic ink of this piece. The MS contains a number of pieces by later 17th-c. musicians (the Gallica site mentions “Francis (?) Farmelo, Jonas Tresure, La Barre, Benjamin Cosyn, William Lawes, Simon Ives”) and I have the impression that some of these may not yet have been edited. They are more legible than the Bull pieces and the ink is much better too, and since the music is simpler you can more nearly read them straight off the page. But they could merit an IMSLP edition too, were you that way inclined…