Failure of the *Early Music* Movement

Warning: this may make your blood pressure rise.

Not a single mention of the original instrument for which this masterpiece was written. As far as the pianist is concerned, the history of perofrmances of The Goldberg Variations starts with Gould and Tureck. In comparison with JSB’s counterpoint, the choreography in the video is as crude as can be imagined and certainly adds nothing of any value to the original.

Enough from me – please discuss.

What a terrible choreography. No connection to the music. I found the dancer and choreographer has done other Bach-based choreographies, cello suites, the Brandeburgs (with a baroque ensemble) and the French Suites (with a piano).
On the other hand, the pianist seems not bad at all, judging from the short excerpt. Still, it’s Bach on the piano again…

(I don’t think Bach would have approved his clothing, I wasn’t bothered by it, though)

There are reviews of the concert-dance, or concerts, as there are two pianists who alternates from one performance to another: 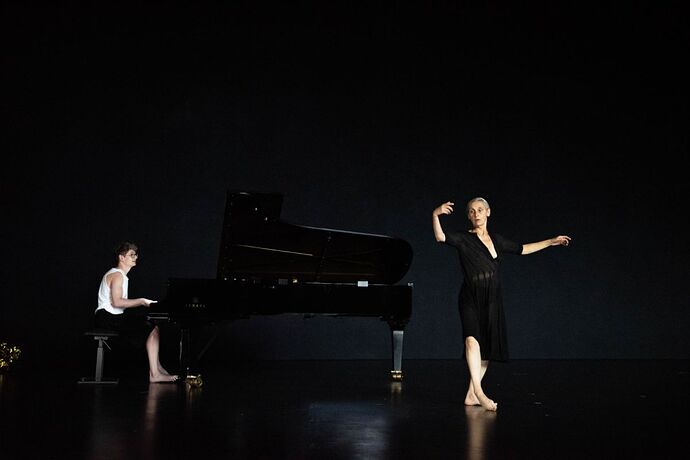 ‘I dance that I danced (and choreographed)’ | News | Rosas 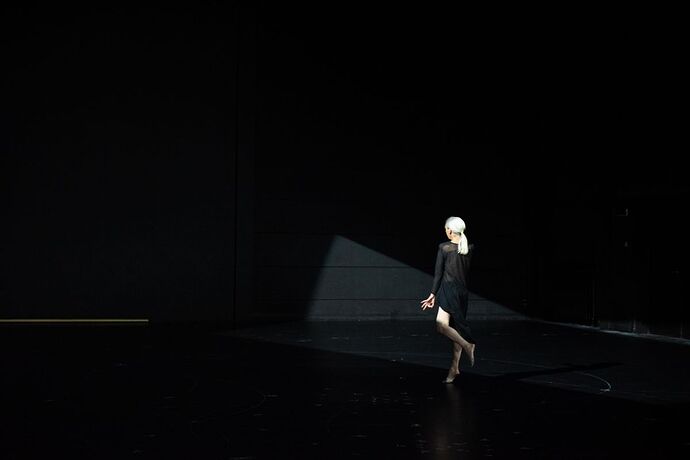 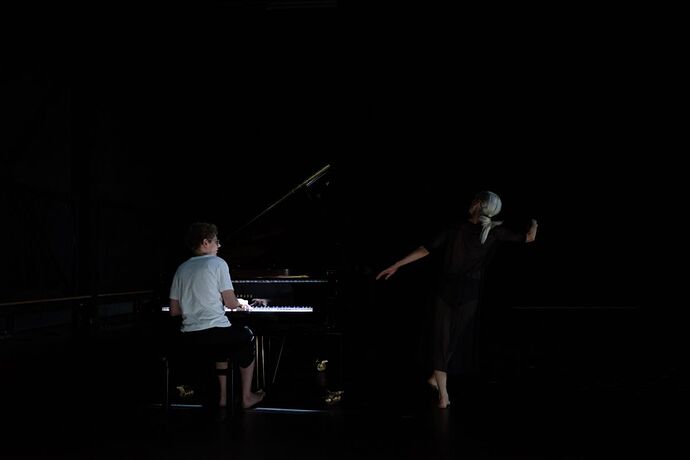 Indeed, Domenico, I agree that at least he is not messing with the score: playing the Goldberg as one can on the piano, and not badly at all certainly.

We all agree that the Goldbergs are one of the gems of the keyboard baroque repertoire.
But there are sets of works by other late baroque composers (F. Couperin, Rameau, J.S. Bach himself) that are in no way “inferior”. Why this obsession of pianists with the Goldbergs in particular? Why not with, say, the keyboard Partitas?
Probably just for the feat of the hands crossing, particularly difficult on a single manual?

If a dancer is moved by Bach’s music and wants to create in her art form using Bach, we should ‎appreciate and respect that. (I know nothing at all about dance so I will not comment on the ‎quality of her choreography.)‎

Ideally, pianists these days should know something about the harpsichord if they are going to ‎play Bach or Scarlatti. But again, if they are drawn to the music and play it well on the piano (as ‎Kolesnikov seems to do, based on the short excerpt), I will not carp about the lack of ‎‎‘authenticity.’ Gould’s first recording of the Goldbergs (idiosyncratic though it was) made a big ‎impact and introduced many people to this wonderful music who would otherwise never have ‎experienced it. I prefer it on the harpsichord but will not criticize pianists for playing it, either ‎for their own pleasure or to bring it to audiences. Classical music needs all the attention it can ‎get. I would not be so charitable with some repertoire, though – Couperin and other French ‎composers just don’t seem to me to work as well on the piano as Bach does.‎

I also find it very interesting that Kolesnikov played the Goldbergs differently when he recorded them than when he worked with the dancer.

We all agree that the Goldbergs are one of the gems of the keyboard baroque repertoire.

No disagreement with that, or that there are other gems of the period, though surely it is the longest work of the era for solo keyboard. But my point is that pianists do not even acknowledge that it was specifically written for a 2-manual harpsichord, and all their discussion of it is in the context of the piano, either modern or ancient.

It is in not making this clear beyond a peradventure that the Early Music movement has failed – and I am not against performance on the piano, even though I personally can make little sense of much of JSB’s style when performed on that instrument.

I wonder how much the Goldbergs were performed on the piano before Landowska’s time. Was it a staple of the concert hall? Or was it totally neglected, as the cello suites were? The earliest reference I can recall is Tovey’s, mentioning it as the forebear of the Diabelli Variations.

Greg Crowell made the point recently (elsewhere (I forget where)) that the 2-manual variations are about color contrast. It’s debatable how much contrast can be achieved on a piano by a good pianist (with good, sensitive articulation), but obviously the effect is somewhat illusory compared to using two tonally distinct independent manuals.

I used to play the Goldbergs on piano long ago before my interest in historical instruments. Hand-crossing is not so unusual in the piano repertoire and the Goldbergs aren’t that difficult to navigate. It helps that pianos keys are longer than harpsichords. I used to use Gould’s method of playing with the fallboard removed, which gives more elbow room to avoid crashes. Pianos sound better to the player with the fallboard removed anyway, so that is an added benefit.

Indeed, Domenico, I agree that at least he is not messing with the score: playing the Goldberg as one can on the piano, and not badly at all certainly.

True – in pianistic terms. His devices are all pianistic: the heavy emphases on the bass at the beginning of the bar, the left hand as accompanist to the right, the uniformity of articulation, etc.

Well put Stephen! Indeed, unless you (like me) have very small hands, the Goldberg are not that difficult for a pianist accustomed to lisztian matters.
I was not aware of removing the fallboard: “tricky Glenn!”.