A lute piece by Dufaut, the Tombeau de Mr Blanrocher, transcribed and played by Pierre Gallon: 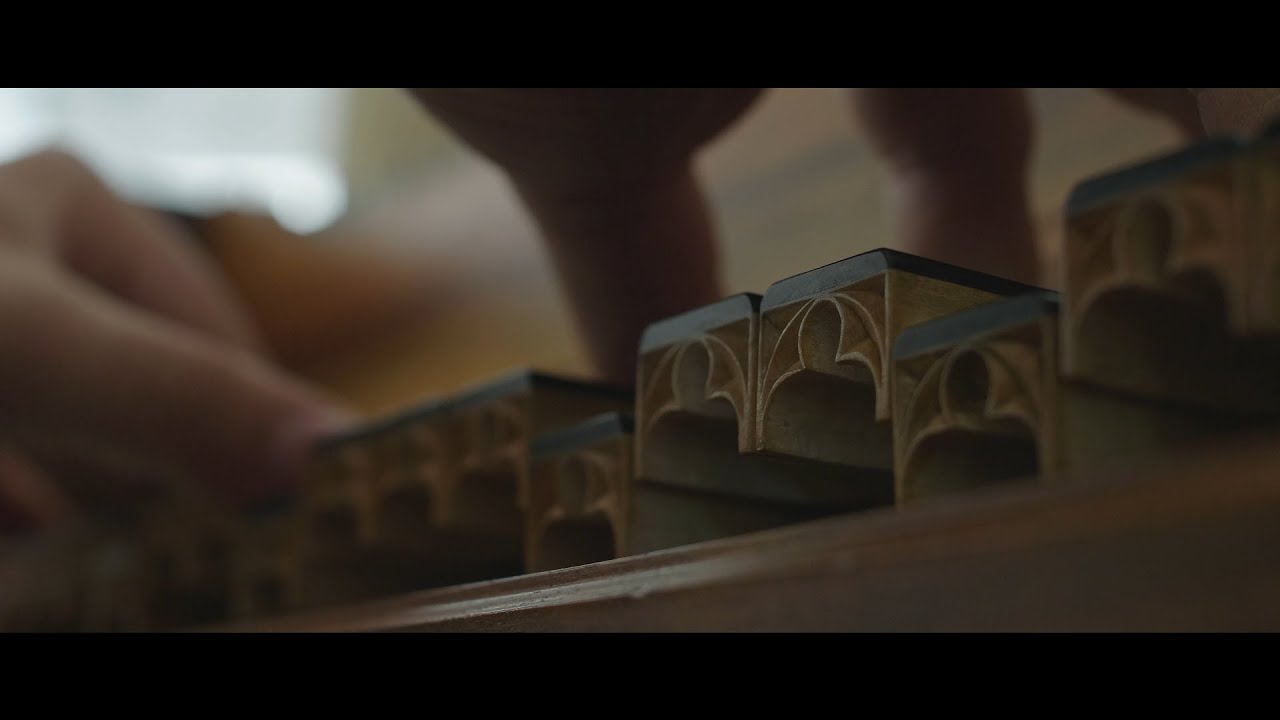 I also found this information on Charles Fleury:

A lute piece by Dufaut, the Tombeau de Mr Blanrocher, transcribed and
played by Pierre Gallon:

This is a fine recording on all counts (the music, the two harpsichords,
the performer).

Thank you for this lovely link. You might be interested to know that there is a sublime recording of this Tombeau by Hopkindon Smith on a 1644 Railich lute. Astrée E7735. I’ll look for a link later as the CD is from a while back.

As to the other great Tombeau de Mr Blancrocher by Froberger, the two recordings by Dart on clavichord and Leonhardt on harpsichord stay in my heart as the height of great music and music making. Leonhardt’s final descending scale is actually terrifying! Don’t drink too much and then go down Paris stairs!

Regrets, but it is Hopkinson Smith. Sigh…

As to the other great Tombeau de Mr Blancrocher by Froberger,

Thank you for this lovely link. You might be interested to know that
there is a sublime recording of this Tombeau by Hopkindon Smith on a
1644 Railich lute. Astrée E7735. I’ll look for a link later as the CD
is from a while back.

Here it is, Sandy: 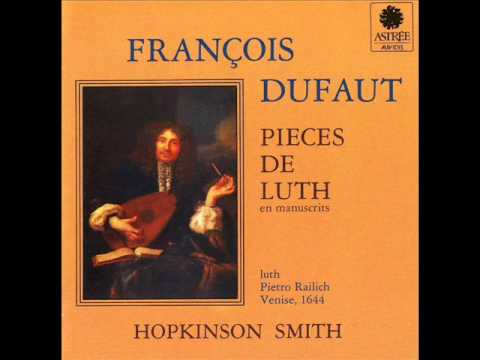 There is a lot of lute music which I wished was also available in “modern” notation. It can sound so wonderful on a spinet or a harpsichord with(out) the lute stop…

Here is a start for this kind of music, I have played tseveral of these pieces on clavichord, but certainly also possible and beautiful on harpsichord 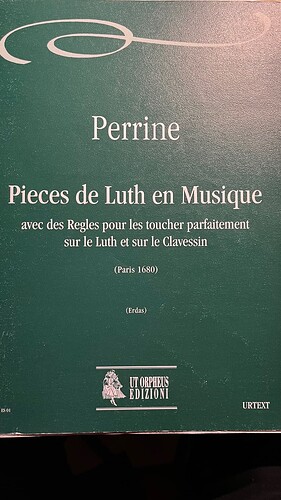 Many of the earlier publications, with both tablature and “modern” notation, especially those of CNRS and Oxford, do not seem to be readily available. With the demise of Saul Gruen a great resource has gone. My advice is to keep looking as the transcriptions are out there. I sold a large lute music collection from some 50 years of collecting recently and I imagine there are others. Try contacting the Lute Society of America or in England for guidance on where transcriptions are available.

By chance I am playing through transcriptions of vihuela music by Luis Milan, from Leo Schrade’s edition which includes modern transcriptions on the facing page (Libro de musica de vihuela de mano, Leipzig 1927/reprint 1994). It is on IMSLP and available secondhand for about 30 Euro.

These are technically accessible, delightful and need some sensitive adaptation when played on harpsichord; they don’t transfer as well to the organ.

Francesco da Milano. Complete Works, Ness/Harvard Edition
Quoting a review “Francesco da Milano (1497-1543) was the greatest lutenist of his age¹, earning the epithet “Il Divino”. Renowned throughout Europe, he continued to influence composers for more than a century after his death.
This collection of his extant music by Arthur Ness is the standard work on the subject, to the extent that Francesco’s works are now given N. numbers in the same way that Bach’s are given BWVs. It is a remarkable achievement, comparable to Diana Poulton’s with Dowland.”

The Ness edition (which I have through a great gift of friendship) is the only transcription at pitch I can find. Everything else is arranged for guitar, thus written a Major Sixth higher than original. (Guitar transposes an octave below the written treble clef.)

For those in search of this recording, it is available on Tidal for streaming, but not on Qobuz. You can find lots of Blandine Verlet releases on Qobuz, but very little by Hopkinson Smith. There is a generous collection, including the Dufaut, on Apple Music.

There is lot of lute music out there that works on the keyboard. One guide to French music is the valuable “Harpsichord and Lute Music in 17th Century France” by Davids Ledbetter (Indiana University Press, 1987). There are references to many sources for both tablature and more “modern” notation. It covers style, instruments, repertoire, etc. A fine book.

It is now very complicated for me to participate in exchanges on the group as my regular devices are unfortunately no longer compatible.
I think the most obvious choice for lute repertoire to be played on the harpsichord is 17th century French music. Many of the lutenists actually wrote a few pieces specifically for keyboard or stated that they could be played on the baroque lute or harpsichord. Most of the CNRS editions are out of print. They included transcriptions of the lute tablature in staff notation, although not always in credible keys (notably for the music written for lutes in the so-called transitional tunings, such as the wonderful works by Mesangeau) . I have a few spare copies I could sell if anybody is interested (please send me a private message and I’ll check what I have).
I think the music of Milan and Francesco da Milano is really too idiomatic to come across well on a harpsichord. This repertoire was written for 6-course instruments in vieil ton rather than for the 11-course baroque lute in D-minor. Maybe an ottavino, a small clavicytherium or an early fretted clavichord would be better choices if one really wants to attempt to play this music on the keyboard.
Diana Poulton’s Faber edition of The Collected Works of John Dowland is still available and includes full staff notation transcriptions, although obviously many of his works have already been adapted for the keyboard, notably by the virginalists.
For recordings of Dufaut’s Tombeau de Blancrocher, I would recommend listening to Claire Antonini or the late Pascal Monteilhet.
Best,
Matthew

It is now very complicated for me to participate in exchanges on the group as my regular devices are unfortunately no longer compatible.

Please PM me as admin user regarding this.

Nothing has changed at The Jackrail platform in the last few months except that we are now on version 3, five years in development and extensive global testing. Recently I changed Domain Name Registrars and mode a mistake in some DNS records which caused a lot of outbound email from there to be classified as spam. I corrected that and the Discourse platform that The Jackrail runs on is running particularly well, better than ever,

Could you please PM with your issues and I will assist you right away, I am always here to help.

If anybody else has any issues such as @mdaillie mentions, do not hesitate to contact me via PM.