René Clemencic passed away two days ago. He was a harpsichordist as well but I remember him for his orchestra and Opera directions. 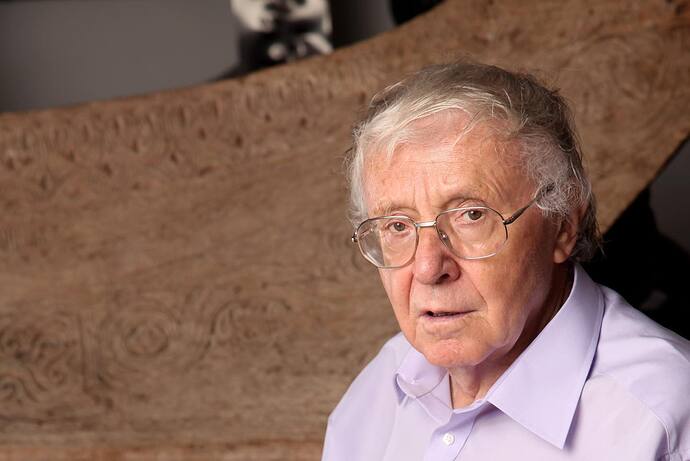 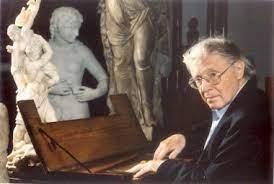 One of the rare videos of the late Clemencic at the harpsichord (I only found continuo videos, no soloist): 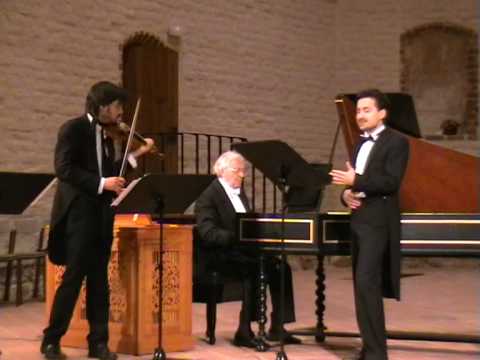 Clemencic was a most nice, knowledgeable and interesting person and a very fine musician, especially so in his main instrument, the recorder.
I met him at least three times.

The first time was in Buenos Aires c. 1968 after a performance of him.

The second time was in London c. 1971: I went to hear him playing on the recorder a Vivaldi concert with strings. Afterwards we went to dine to a restaurant and remained there until they closed hours later, talking about early music interpretation. It was very funny because for the first two hours or so we talked in English, until we found out that both of us had a better command of Italian! Here is an interview where he speaks Italian: An interview to Clemencic (in Italian)

The third time was in 1975, in Vienna, where he kindly invited me to dinner in his house. Luckily I wrote a short account of this meeting a few years later in my personal memoirs so I can reproduce here the interesting details.

Clemencic lived with his wife (not a musician) in an old large apartment with very high ceilings (something like 4mt if not more). In a small room he had a cupboard with a very large collection (about a hundred) of recorders of all sizes. At the time I had been playing Vivaldi’s flautino concertos, and he kindly asked me to try them in a sopranino (piccolo) recorder he handed to me: it looked very old, used and scratched, yet the sound was amazing. He then explained me that it was a unique instrument, hand made more than half a century earlier by Arnold Dolmetsch.

We then went to his main music room: the size was about 8x10 mt and the four walls (except for two doors and a window!) were fully covered with bookshelves laden with music scores and books about music.

I told him that I was bewildered by the different “Beethoven pianos” that could be seen around Vienna. He explained me that Beethoven never had any piano for a long time: as a young man he hired second-hand ones, as an established musician he got them as gifts, and many so-called “Beethoven pianos” are just pianos Beethoven played when he went to see friends and noblemen.

He then told me:
“Would you like to play a Beethoven piano? Try this one! (showing me a rather smallish square piano) This was the piano he played when he went to visit a friend of him!”

Clemencic was a very fine, learned and versatile musician and his interests covered all the musical eras from the Middle Ages, Renaissance and Baroque up to modern music. He will be missed.

His early-music records are not easy to find nowadays. Please find below a link to his record of 1976:

Clemencic and his recorder collection